2. My dream job at fourteen was to work in a lost and found. I thought they just existed out there in the real world, just like libraries or any other kind of business. I was obviously an over achiever.

3. I think "litterbug" is just about the cutest word in the English language. It really bums me out that it means what it means.

4. I dig lattes. Remember when Kramer was crazy about lattes? Except he put the emphasis on the latter half of the word - "lah-TAY." Annoying.

5. I hate when people put emphasis on parts of words not commonly emphasized. I had a friend growing up that would say "MayoNNAISE" instead of just plain old "Mayonnaise." Drove me nuts. We no longer speak.

8. I lived 29 years in the same general area. In fact, before moving to the bay I was living in Troy, Michigan - the same city I was born in.

9. I feel pretty anxious most of the time. I have a hard time relaxing, but I'm also incredibly lazy. Riddle me that.

10. One of the first Russian phrases I learned from my mother-in-law was "get out of my sight." It sure does come in handy.

11. There is only one piece of furniture in my apartment that I bought new: this bed from Ikea.

12. I'm a Capricorn. Earth sign, in case you were wondering.

13. I find Joseph Gordon-Levitt to be a giant turn off.

14. My mom listened to so much Melanie Safka when I was little, and kinda looks like her too, that I sometimes forget they aren't actually the same person.

15. I don't like the idea of traveling to the same place twice. Unless you've literally been everywhere. Then by all means.

16. I just recently learned that you're only supposed to follow a period with one space, not two. This blew my mind.

18. I guess I have very long tooth roots. My endodontist says your roots should be relative to your height but that mine are Michael Jordan sized roots.

19. One day I'd like to grow the majority of my own food. I want two goats to milk and a huge garden to weed.

20. I didn't know two words used in a work meeting yesterday. I would look them up now but I forgot what they were.

21. One of my catch phrases from childhood was, "Strangers are ignorant people." I don't know why I said it, but isn't it sort of true maybe?

22. Once I was feeding a goat ice cream and it ate my napkin. I'll never forget how funny I thought that was.

23. I've only ever been stung by a bee once. All the other times I was lying.

24. Discovering In-n-Out Burger at age 29 was a life changing experience for me. And then I cut out 80% of my meat intake, which was just really bad timing.

26. I think there should exist locations where one could rent a bed by the hour that is not a sleazy motel room. Aren't you ever out exploring a city, miles away from your hotel or home, and you think, "Man, if only I could just rent a bed for an hour and take a nap before dinner." And no funny stuff would be allowed. The beds would be like out in the open or something. Just nap stations, really. I think it's genius.

27. I have ridiculously small feet. This picture here shows me wearing a pair of kids shoes from Zara. Size 2. Seriously.

28. I have zero tattoos. And I find it weird that having no tattoos is probably less common than having them.

29. I've never really liked cartoons. Not even as a kid. I just couldn't relate to them.

Posted by adelineflutterby at 1:59 AM 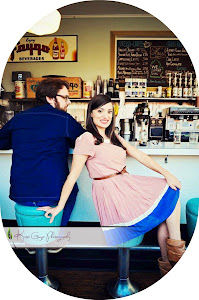